Fix this common problem by following our simple guide.
Whether you are in the trade, or fixing your own vehicle
we offer a range of products and services
to bring you affordable solutions.
Solutions for:
Peugeot 206 (1998-2010), Peugeot 307 (2000-2008)
(Excluding versions with auto aircon / climate control) 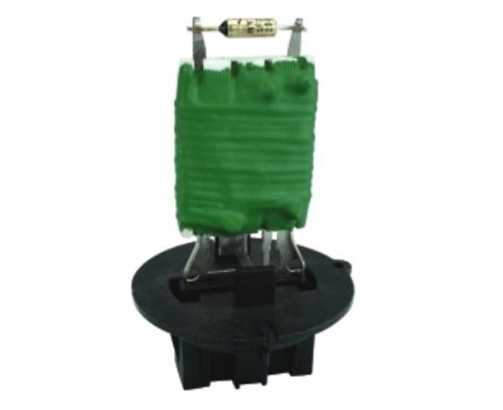 Many Peugeot owners have experienced a problem with the heater not working properly.
Vehicles affected include the Peugeot 206 and 307.

Two Types of Heater Resistor in use
There are two different types of heater resistor that have been used, as shown below.

There are two common causes of a heater blower fan problem in the Peugeot 206 or 307 without auto aircon:
Quite frequently, both faults will be present.

A. Faulty Heater Resistor (Otherwise known as the Heater Blower Resistor, Resistor Pack, Heater Rheostat or Blower Motor Resistor, Part No. 6450JP )
Usually, it is the thermal fuse on it that fails. 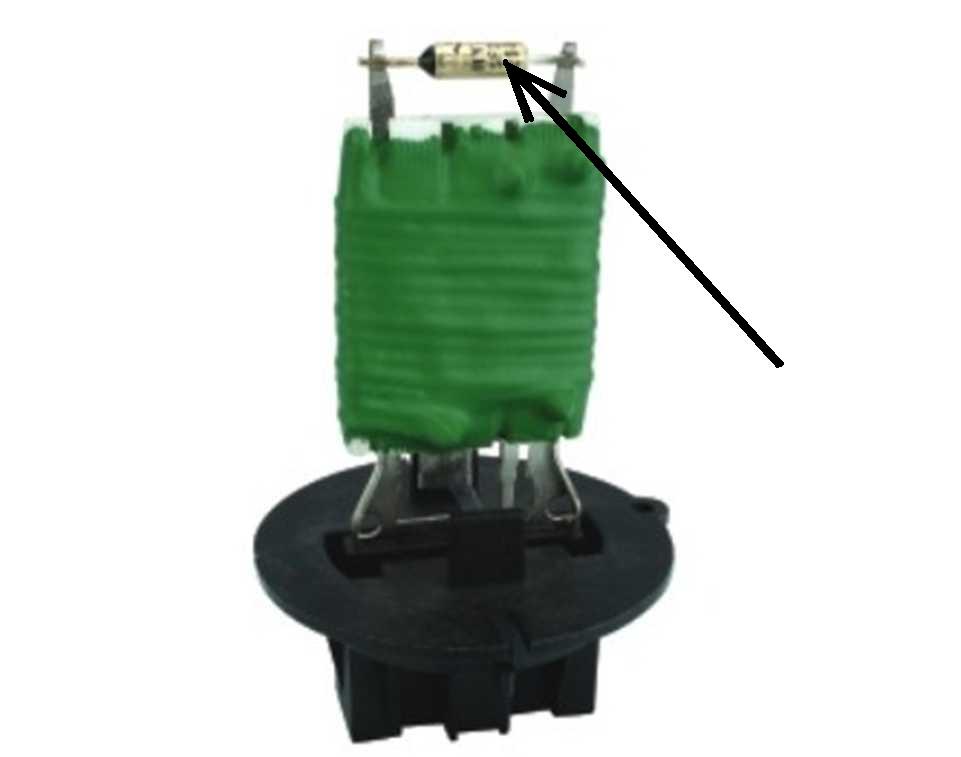 B. Overheated/Burned Heater Resistor Wiring Loom Connector
The connector can become overheated and melt, causing damage to the loom. 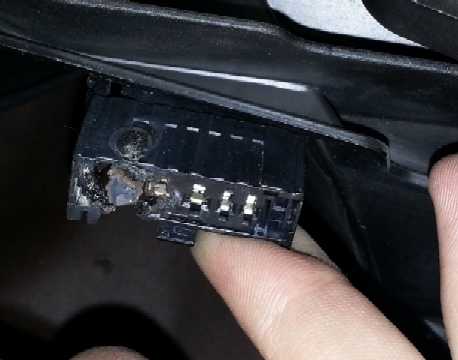 A. Faulty Heater Resistor
There are two types of heater resistor in use, If you have the green-bodied type resistor as shown above, and it is the thermal fuse that has failed, you can just replace that, using our thermal fuse repair kit.
Find out more replacing a thermal fuse.
Otherwise, simply replace the Heater Blower Resistor with new. 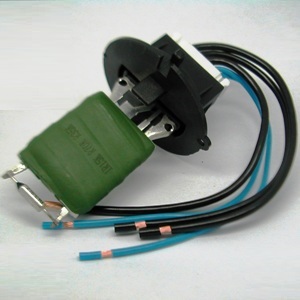 B. Overheated/Burned Heater Resistor Loom Connector.
Replace the wiring loom connector by fitting a Repair Loom including a new connector.
(Part No: 6445KL / 6445ZL).
This 5-wire loom is suitable for repairing a burnt loom on either the Peugeot 206 or the 207.
Some of the original looms may have only 4 wires - the 5th wire is left disconnected. 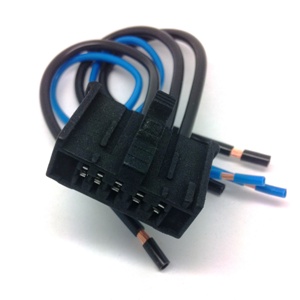 C. Other Causes
There can, of course be other causes, like a faulty blower motor, or a blown fuse, but the two main causes above are far and away the most common.

If your heater blower is totally dead, do check your fuses first.
Access to the Heater Resistor is gained from below the dash on the driver's side.

Remove the panels shown in 1 and 2 below from below the steering wheel. 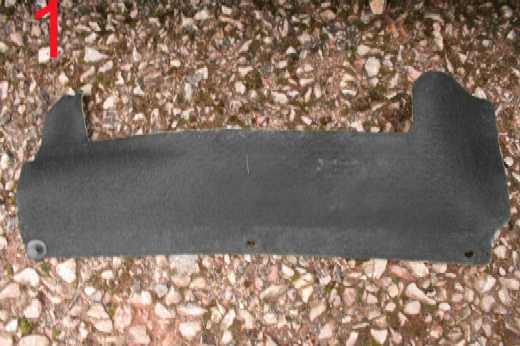 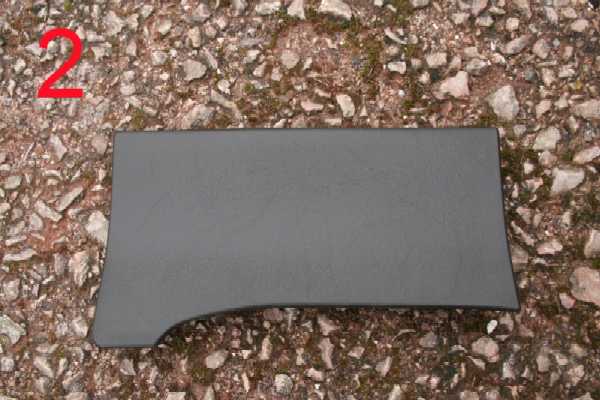 3. Next remove the centre console side cover. 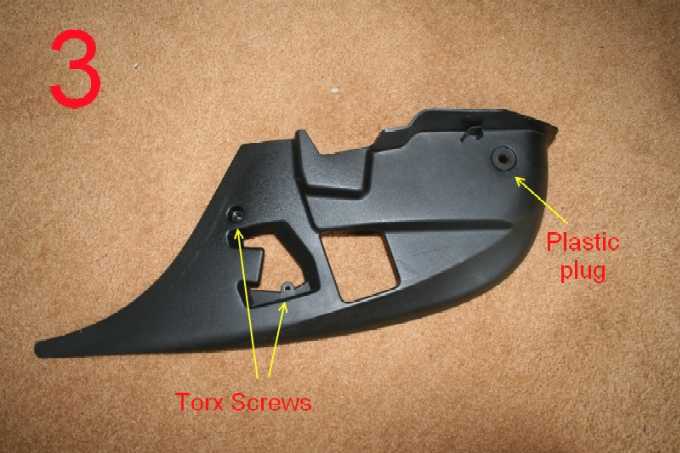 4. Here's what you see. Note the elbow joint, lower left. 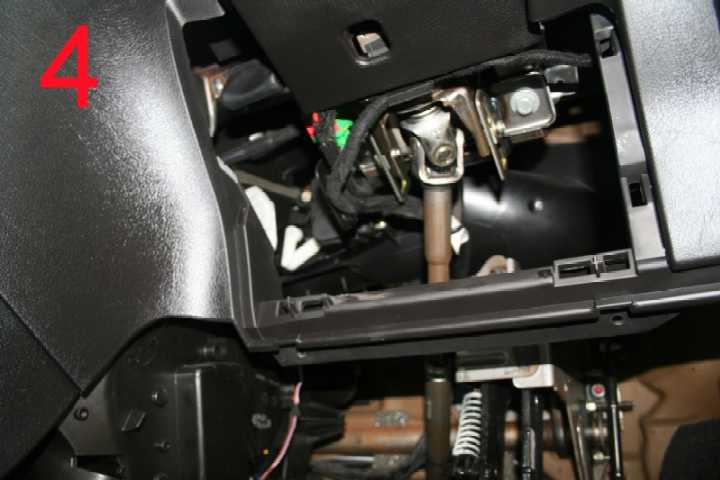 5. Here's a close-up of the elbow joint. 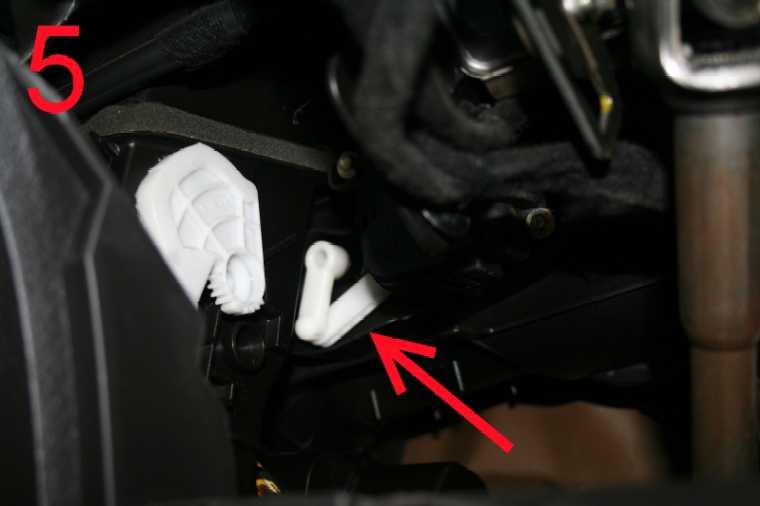 Now turn on the ignition, and press the recirculation on.

6. The recirculation flap should open, as evidenced by the elbow joint opening. 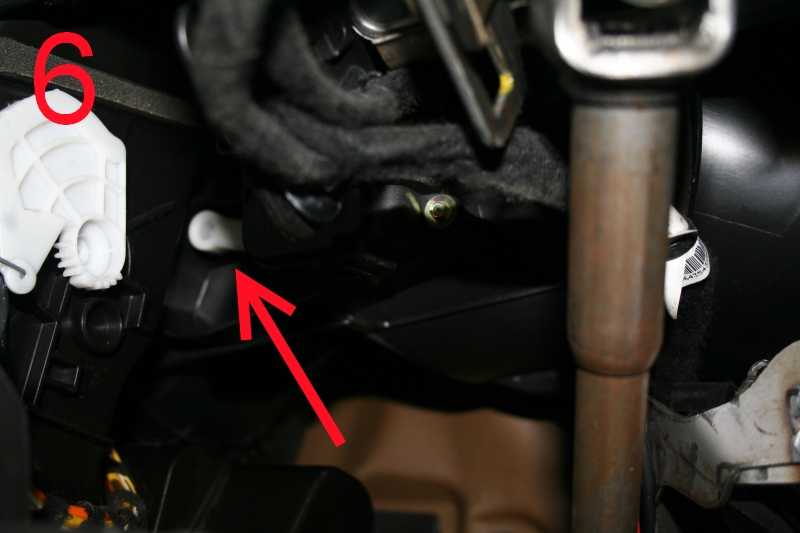 Turn off the ignition (the recirculation flap stays open) and put your arm through to reach the Heater  Resistor body.

7. Twist it anticlockwise, and pull the Heater Resistor back through the opening. 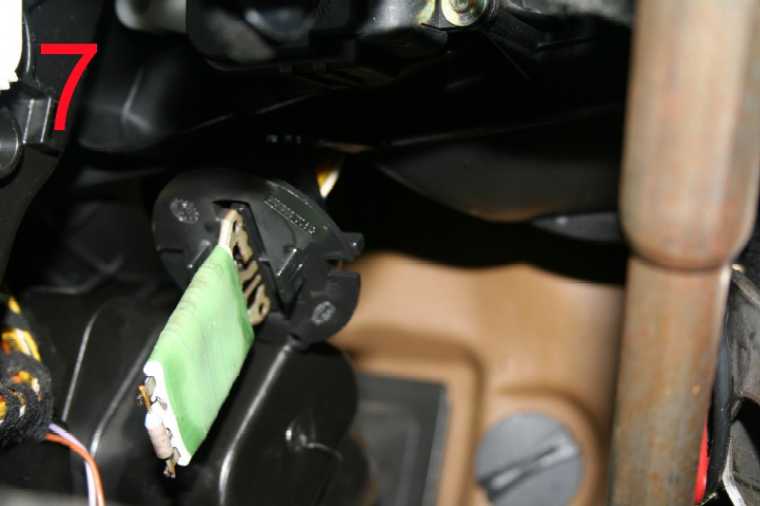 Disconnect the Heater Blower Resistor from the loom for inspection.
The Thermal Fuse is shown arrowed here.
This is the usual cause of failure of the Heater Resistor.
You can fix this with our Thermal Fuse Repair Kit.

Now carefully inspect the Heater Resistor Loom Connector.
Here's an example of a badly overheated one.
Clearly, this one needs replacing, but even if yours looks OK, look carefully at the contacts, and replace the connector if at all doubtful, using our repair loom. 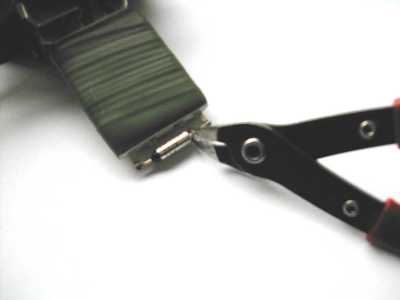 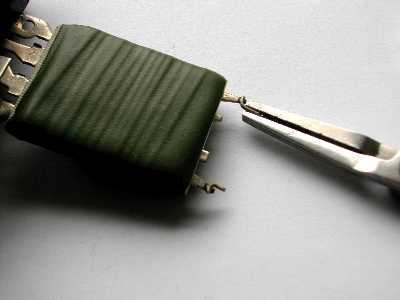 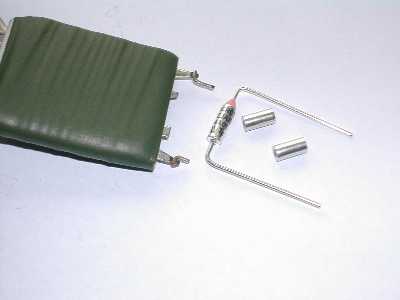 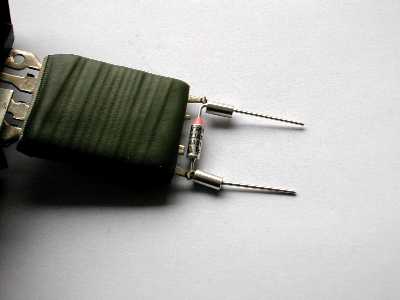 Replacing the Heater Resistor Loom Connector:
To do this, you need to cut off the old connector, and connect the cables on the new loom kit to the original loom.
For safety, disconnect the battery first and make a note of the radio code.

Eliminate the possibility of making a wiring mistake by cutting and crimping only one cable at a time.

If you prefer, solder the new cables onto the old loom, using heatshrink or insulation tape to complete the installation. 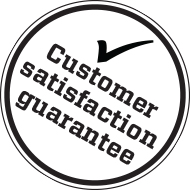 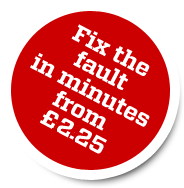